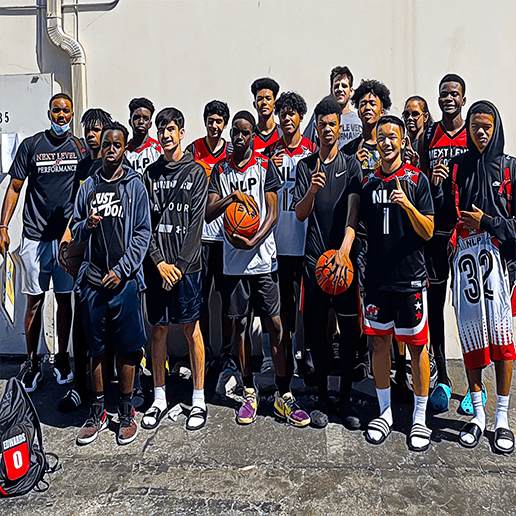 The 15u red team did a great job in their first tournament of the AAU season. They competed in the Frosh/Soph division and went 2-2. They won their playoff game on Sunday which led to a NLP vs NLP championship. The lead went back and forth but they lost a close game to the NLP 16u Purple team. 12yr old, Jett, did a great job in his first game back after breaking his foot. Daniel suffered an ankle injury but hopefully he will be back in action soon.

The 16u Purple team was shorthanded a couple of players so the 15u guys stepped up and went undefeated in their first tournament. They won every game by double digits leading to the championship game which was much more competitive than all the other games. Great job dominating on defense and knocking down shots on offense!